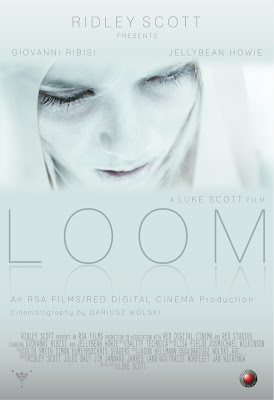 Hey, the shitty ol' Republican convention is over, so let's shift gears to art:

Ridley Scott's kid, Luke Scott, has made a sci-fi short called LOOM and you can download it here BEFORE it hits wide release in theaters with 4K 3D, whatever that is.

As you may or may not remember, Luke's dad made the classic, Blade Runner, so this new thing's supposed to have good creative genes or something.


And just to show you the difference between MY iPod collection and those of Mitt Romney and Paul Ryan, here's "Loom" by the Japanese tech masters, Yellow Magic Orchestra, from all the back in 1981 - the same year Led Zeppelin broke up (I whimpered in pain when Ryan said his collection started at AC/DC and ended at Led Zeppelin. If that's true, the guy needs to get out of the house more…) And on that point, I'd like to remind you THIS WAS ALL CREATED BY MEN - not because I hate women - but because, after three nights of pandering to females, there deserves to be a little ship-righting done around here,...