Yes, I Could Tie This Post To Mitt Romney (But Hopefully You'll Be Smart Enough To Do That On Your Own,...) 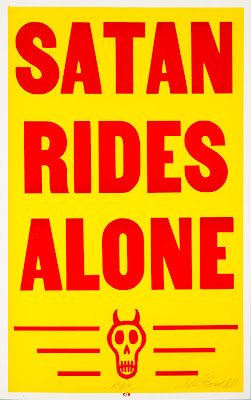 Goodness, people are stupid about this stuff:

After defrauding a married couple in a home sale, their pastor tried to wrongfully evict them, the couple claims in court - and they say they're not the only ones.

They claim they're not the only victims of the pastor, who "perpetuates a relationship of trust, then defrauds individuals when they 'buy' a house from him."

The couple say they bought a home from Villegas in 2007, after leasing it for a year.

They claim Villegas "urged" them to buy the property and preyed upon their language difficulties by having them sign incorrect documents, which left them owing more than the actual balance of the mortgage.

"Interestingly, defendant knew that plaintiffs were not English speaking, but to take advantage of them had all the documents created in English, despite the fact that he himself the defendant spoke fluent English and Spanish, so to have the documents in Spanish would not have created any inconvenient [sic] whatsoever," the complaint states.

The couple say Villegas, who was their pastor, occasionally used plaintiff Gonzalez as a subcontractor on his projects. But when Gonzalez had a falling-out with Villegas, the pastor instituted foreclosure proceedings, though they were current on their mortgage payments, according to the complaint.

"What makes matters worse is the fact that defendant was plaintiffs' pastor, therefore they trusted him and believed as did many others, that defendant would do what was right and would not swindle them out of money," the complaint states.

"Therefore they trusted him,..." In other words, a couple of marks. Repeat after me:

Anyone claiming to be in touch with the spirit world - in any way, shape, or form - is delusional or a liar, and, either way, not someone to trust with your money.

"If you're doing business with a religious son-of-a-bitch GET IT IN WRITING. His word isn't worth shit - not with the good Lord telling him how to fuck you on the deal."

And, whatever you do, make it in a language you can read,...