Shakespeare Had It Right (First, Kill All The Lawyers,...) 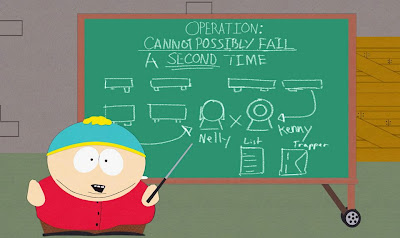 I'm only posting this because I just stated what a loser the set-up is yesterday:

Just as I predicted.

And the Instapundit, looking for a knock-out in Round Two, is also suggesting the idiotic quid pro quo scenario, vis-a-vis Obama's transcripts for Romney's tax returns. But, as I wrote this morning on Ann Althouse's blog, it's all a show:


If anyone was serious about politics out there, both Obama and Mitt would be forced to give us what we want or withdraw from the race.

But they aren't serious. Obama's been in office FOUR YEARS and no one - not even this gaggle of lawyers who spout bullshit online - has found a way to see those transcripts.

All Glenn's doing is engaging in, and encouraging, blind partisanship - and it's ugly and pointless.

I don't know why anyone takes the man seriously when the holes in his outlook are so obvious.

He should stick to linking to The Frisky and articles on "laughing yoga",...

I'm telling you guys - no matter who wins this thing - we're doomed to failure with this "brilliant" bunch directing (Hot Air is selling out it's credibility for news analysis, these days, too).

The Boomers are caught in a trap of their own making - on the Left and Right - just as I also said a few days ago. And the rest of us are trapped below them, unable to move the discussion to substance because - as long as they can get away with talking about Obama's dog eating as a child or how well Romney and Ryan are jelling - the leading lawyers of the blogosphere (who have millions of "followers") will not allow the discussion to go outside the parameters they set. My take:


We - as a country - simply can't go on with this much stupidity in control of our destiny,...