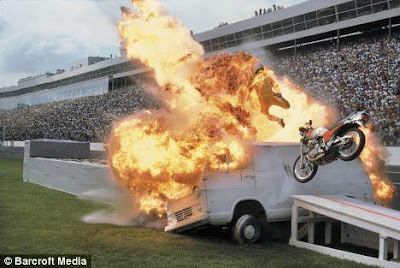 Go on - keep telling me there's no similarities between the Republican election of 2012 and Obama's in 2008. Go on. You'll be full of shit, but go on, try:


The other day, I passed a Republican-party county office here in my home state, its window attractively emblazoned with placards declaring “Believe in America. Romney 2012” and “New Hampshire Believes. Romney 2012.” There’s not a lot of evidence for the latter proposition, but I’m certainly willing to believe that Romney believes that New Hampshire believes. An hour or two later, I chanced to be passing a television set just as the station went to break. The words “WE BELIEVE” appeared on the screen, followed by youthful hands raised to a clear blue sky at the dawn of a new day, shafts of sunlight gleaming through ears of corn, a puppy gamboling across a meadow, a kitten playfully pawing, happy green-T-shirted volunteers of many races unloading a recycling carton . . . and I thought, despite myself, “Well, say what you like, but the reassuring vapidity of the Romney campaign is at least getting more professional.” At the end, in the spot where the off-screen voice is supposed to say “I’m Mitt Romney and I approve this message,” it instead said: “Introducing Purina One Beyond: a new food for your cat or dog.”

Well, what do I know?

Some of us know people are full of shit - that's what I know.

Notice the difference? "Believe" vs. "Know"? The potential leaders of the free world are repeatedly imploring us to go all whappo in the head over the most important decisions our nation faces. I'm not going there, nor asking you to do so.

There's something wrong with that picture - especially when I consider the words, "We The People" - which I've been considering a lot lately. "We The Stupid People" is more like it.

Poor Paul Ryan. He's a serious guy who's now about to get his name smeared for merely being associated with the weirdo. Oh well. I guess, if he were that smart, he wouldn't be associated with weirdoes.


Ahhh. He has no more choice in that than I do. You gotta do what you gotta do. We're surrounded.

We clearly live in Bizarro World. That's all I know. And, ultimately, it's all that's left to "believe."

They couldn't put the non-weirdo at the top of the ticket. They never can. Or even come up with a non-weirdo ticket. Mark Steyn calls it "a deranged lemming-like march into the abyss". He also said:

Against this Romney offers “Believe in America.” It’s a slogan designed not to frighten the horses and, like Purina One Beyond, appeal to both cats and dogs, Republicans and Democrats — or at least those mercurial “independents” on whose whims and fancies the fate of the republic depends. If it were up to me, the campaign slogan would be “You’re screwed, losers. Steyn 2012”

Yeah, at this point, we're some pretty piss-poor things,....