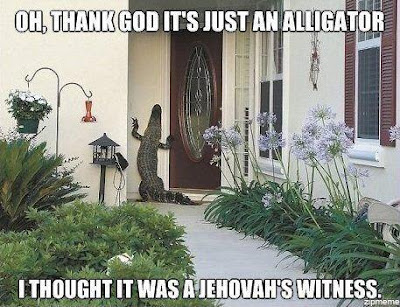 We've been over this topic before, but - like Mitt Romney demanding his potential VPs turn over 10 years of tax returns - I thought the circumstances were ironic/funny enough to cover it again:

It seems World Nut Daily's Joseph Farah is upset with his friend - the very-opinionated Arriana Huffington - because Huffington said Supreme Court justice Clarence Thomas' wife, Virginia Thomas, suffers from "irrationality". What was the evidence against Virginia?

That's it. And that's all it took for Farah to spill the beans on Huffington's own bonker bonafides:


On that subject, I suppose, Arianna is something of an expert.

I don’t say this as a stranger – but as someone who was once fairly close with Arianna. I knew her well when she was pretending to be a conservative.

What do I mean?

She now describes herself as a “progressive independent” who is “coming from the fourth dimension of political time and space.” Whatever.

This is a woman who can say nothing of any meaning or consequence and get network news coverage. Furthermore, she never stops yapping.

...Do you know what is irrational?

Becoming a disciple of various cult leaders – from Bhagwan Shree Rajneesh to Jolly John-Roger. That’s what Arianna Huffington was and is.

She became a follower of the Indian guru Bhagwan Shree Rajneesh, whose cult practiced open sexual intercourse among its members and with its leader, as a central tenet of their faith. The cult is most famous for attempting to take over an Oregon town. The faithful purchased 139 white Rolls-Royces for their leader. A 2001 book, “Germs: Biological Weapons and America’s Secret War,” by New York Times reporter Judith Miller, revealed the cult spread potentially lethal salmonella bacteria in this town with the intent of infecting and incapacitating residents on Election Day so Rajneesh could win control of the local government.

From the Bhagwan, Huffington hooked up with John-Roger, founder of a New Age Movement of Spiritual Inner Awareness, based on “the Mystical Traveler, a spiritual consciousness that exists throughout all levels of God’s creation.” In 1994, one of John-Roger’s disciples, Peter McWilliams, wrote “Life 102: What to Do When Your Guru Sues You,” alleging he was brainwashed to write John-Roger’s books with the promise he would be miraculously cured of AIDS. In the book, McWilliams wrote that Huffington had become a major financial backer of John-Roger and an ordained minister in his movement. McWilliams released a video of Huffington in a white robe being baptized by John-Roger.

From all appearances, Huffington’s devotion to John-Roger continues to this day.

And she speaks to Virginia Thomas of irrationality?

Yes she does - and can - because nowadays Arriana has exactly the kind of cultish Boomer backstory that gets someone mad props (emphasis on "mad") from the media and political elite in this country.

Can't you tell? Look at Romney - being in a cult isn't hurting him or anyone else for that matter. I'd bet you good money (about $5) even "rational" Farah is supporting the Mormon mongoloid. No worries:


Hypocrisy is the only stock in trade worth anything around here any more,...