Ministry (Hearing The Sermon No One Understands,...)

The fraud committed by generations of Mormon leaders is that they have consistently misrepresented the facts surrounding the source of their scriptures. Neither the golden plates, nor writings by the Old Testament prophet Abraham, claimed to have been inscribed on purchased Egyptian papyri, ever existed. Furthermore, the claimed visitations by biblical apostles to restore lost priesthoods to Smith and his colleagues never occurred. Yet for decades LDS leaders have at least ignored, if not suppressed and grossly misrepresented, what has been proven to be the true facts surrounding Mormonism’s origins, reworking and re-packaging the founding facts and the theology as necessary.

- Kay Burningham, author of An American Fraud: One Lawyer's Case against Mormonism 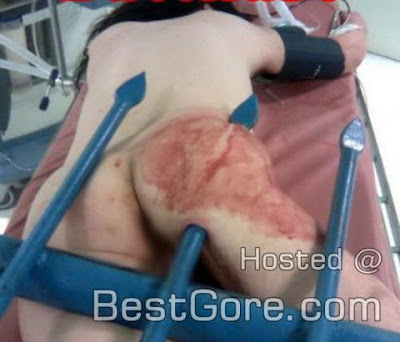 At this point, I barely understand why the word, "fraud," exists. Not only is the practice so prevalent as to almost be considered normal, but many Americans today are so selfish, nobody cares when they discover it's hurt others - until it bites them on the ass. Fraud means nothing.


Damage to their (now) highly-evolved narcissism, they care about, but screw everybody else. 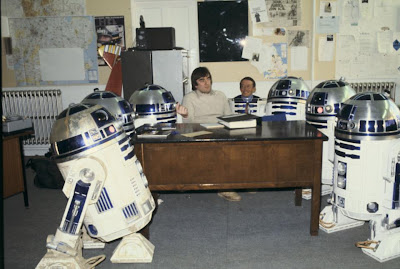 That last sentence isn't an entirely fair statement because, being narcissists, most today never seriously consider anyone else to begin with. As I speak with people about the danger to the country of electing Mitt Romney and his cult to power, the questions always come back to what harm could the Mormons do to them - not what lies they've already told, or what crimes have already been committed, or who else has already been hurt (which would all reveal obvious deceit by these so-called "religious" folk) - but how can Mormons break through the psychological defenses the rest have already set up? 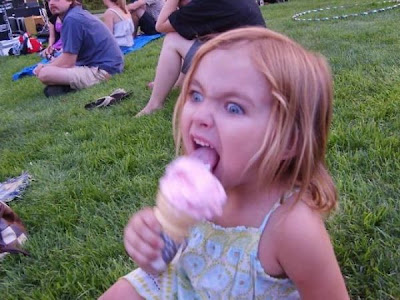 As far as I'm concerned, it's already a little late for that. Once you fall into accepting fraud as your life, the damage has already been done. You've become the very monster you're warding against - they've got you - and, like the dead body a soldier hoists in front of himself for protection, you're in the direct line of fire without defenses. 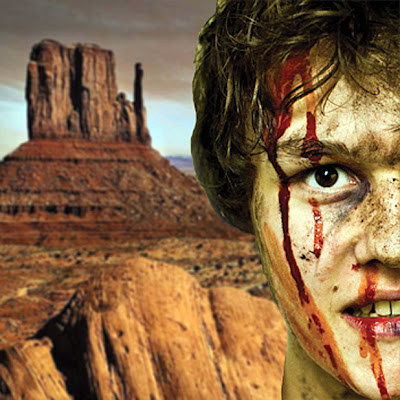 Mormons constitute sixty-three per cent of Utah’s population. (The figure includes non-practicing Mormons.) Virtually all statewide elective offices, from the governor down, are held by Saints, as Mormons call themselves. The state legislature is overwhelmingly made up of white Mormon Republican males. Three-fourths of the state judiciary is Mormon. The entire United States congressional delegation from Utah is Mormon. School boards, city councils, municipal agencies, and mayors’ offices are dominated by Mormons. “The fact is we live in a quasi theocracy,” James E. Shelledy, the editor of the Salt Lake Tribune, told me. “Eighty per cent of officeholders are of a single party, ninety per cent of a single religion, ninety-nine per cent of a single race, and eighty-five per cent of one gender.”

Of course, the smart thing to do is push back against fraud. But, in a culture that worshipped the gurus of "The Secret" - or the gangsters of Rap - at this point, that seems to be a bit too much to ask. Most people, having been the products of over-protective parenting - simply don't understand enough to avoid psychological danger. I mean, if Tony Robbins can convince 21 adults to burn themselves while walking across hot coals - and if the other 20 didn't get a clue after the first person started screaming - then we're dealing with a whole new level of foolishness.


The main guiding principal for Romney's support appears to be an ends-justifies-the-means strategy:


Obama is terrible, so we'll go with another unknown (but potentially bad) guy. 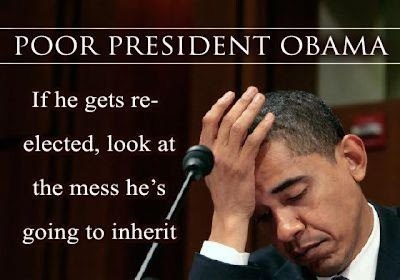 Now, as anyone paying attention can see, this is the same "logic" that brought us Obama. The Republicans also don't have to seriously vet the candidate (just like Obama) or see his tax returns (just like Obama's college transcripts) or talk of his "religion" (no Rev. Wright, kids). Anything that would give a clear indication of what we're in for with Romney is simply wiped away for the delusion that everything will be O.K. if we don't look, or acknowledge the insult. 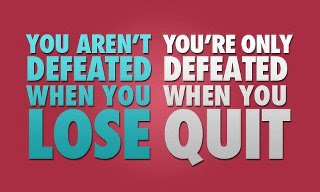 Even worse, it ignores our capitulation to the first fraudulent political idea presented to us - that a Romney nomination was "inevitable" - that the Republican elites will overrule the people and, not only, choose our leaders for us but allow the candidate to frame the criteria by which they're chosen. 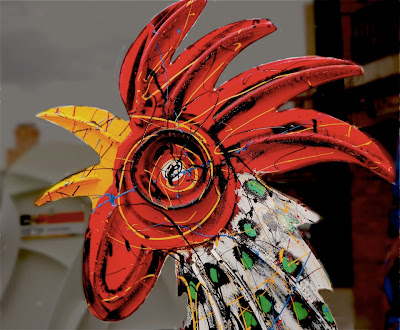 Yes indeed, by accepting this premise, "We The People" have given up on the idea of this country being ruled by the people. Instead of marching to Washington, pitchforks in hand, and screaming, "(A pox on both your houses!" this band of cowards thinks allowing themselves to be manipulated into going along (with the people who ruled over this mess) is, somehow, going to win the day - for them - in the long run. History shows, when a cult is involved, this is never the outcome. 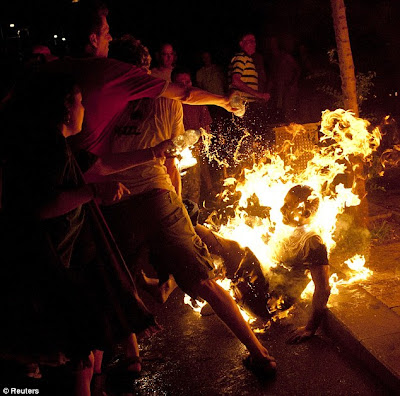 America has a long history of cult leaders getting involved in politics, from Joseph Smith's ill-fated run for the presidency (a prestige which still didn't stop him from being murdered by the very people he thought he could rule over) to Jim Jones being appointed to San Francisco's Housing Authority (which still didn't stop him from murdering others). Even the extensive political support enjoyed by the Your Black Muslim Bakery cult couldn't stop the bloodshed. The only thing proven to work 100% is becoming aware of who's doing what and shunning them altogether.


To most nowadays, that can sound like a herculean effort - or, at worst, blasphemy - in a country that insists on freedom "of" religion, while totally unconcerned about anyone's desire to be free "from" it. Plus, there are so few examples to go by. For instance, when even Tea Party darling Sarah Palin puts out messages on Scientologist Greta Van Sustern's website, what are rank-and-file conservatives supposed to think? The Scientology cuIt's O.K. - despite it's history of murders, forced abortions, kidnappings, high-profile acts of intimidation, and a myriad of other scams perpetrated out in the open - right? If you can accept all that mayhem - as well as the pain it's caused - as "mainstream," it's not such a big leap to Mormonism, is it?

In July of 1835, Joseph Smith, founder of Mormonism, purchased from a travelling exhibition 4 Egyptian mummies and some ancient scrolls found with the mummies. The scrolls contained Egyptian symbols, some of which Smith said he recognized.

Translation commenced and it was announced to the Mormon community the scrolls contained the writings of Abraham, the biblical founder of Judaism, Christianity and Islam. Another was said to contain the writings of Joseph.

Yet the scrolls told of very different things than the Bible; God justified deceit when a righteous purpose is served, Abraham is instructed in astronomy in which the heavens are explained as an eternal progression of pre-existing spirits. Certain men would be exalted and go on to become gods themselves. It taught there were a plurality of gods who created the universe. The scrolls offered support to a variety of things Joseph Smith had been introducing to his teachings.

However, at that time, there was no one in America who could read ancient Egyptian. The Rosetta Stone was found only a few years prior in the 1820's and the knowledge had not crossed the Atlantic.

Eventually the translation was canonized in Mormon theology as the Book of Abraham, being placed at the same level of authority as the Book of Mormon. The scrolls were thought destroyed in the Great Chicago Fire, but were rediscovered in 1967 at the Metropolitan Museum of Art in New York.

When Egyptologists were able to examine them, they found Smith's translation was a fabrication; single symbols were translated by Smith in his notebooks as several paragraphs. For example, the Egyptian symbol for "born of" was "translated" by Smith into 3 paragraphs about a Chaldean famine, etc.

The books Smith said were the records of Abraham are actually a common pagan funeral papyrus, of relatively late date, known to Egyptologists as "The Book of Breathings" prepared between 50 BC and 50 AD for a priest name Hor, who served the Egyptian god Amon at Karnak. It was composed using Egyptian writing that didn't exist until 600 B.C., 12 centuries after the time of Abraham.

The writings said to be from Joseph are a late copy of the Egyptian "Book of the Dead", prepared for a woman named Ta-Shert-Min. The scrolls had nothing to do with Abraham or Joseph. Egyptologists see Smith's translation and interpretation of drawings in the scrolls as gibberish,… 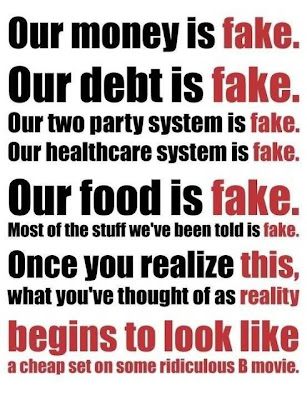 It wouldn't be too much of a stretch for me to say - forget about "fraud" - if we can't even ask the Republican candidate how he could follow a clown's teachings for his entire life (amongst many other important topics) "gibberish" is all this current presidential contest has been reduced to,...