TMR Says "Amen" To That: The Big Story Now 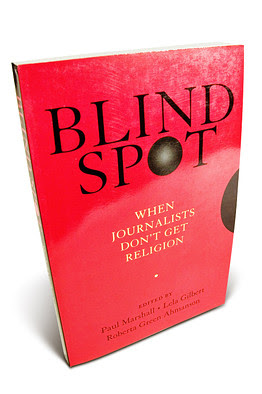 ...[C. Danielle Vinson and James L. Guth] maintain that 'the most significant problem is not media bias but media ignorance,' but their own evidence suggests that the problem is equal parts of both.

Many journalists, it would seem, equate modernity with secularism. Yet God refuses to retire, not only in this country but in most of the rest of the world. Terry Mattingly offers a prescription for better coverage: 'Editors do not need to try to hire more reporters who are religious believers,' he says, but they do need to hire more journalists 'who take religion seriously, reporters who know, or are willing to learn to hear the music.' At a time of newsroom cutbacks, such advice may fall on barren soil. If so, the news media will continue to miss a vast dimension of mankind's story."

-- Vincent Carroll, saying how "stunningly naive" journalists are regarding spiritual matters - especially about NewAge matters, I'd add - while reviewing Blind Spot: When Journalists Don't Get Religion, for The Wall Street Journal.