Nobody Divorces Santa, Damn It - Nobody. 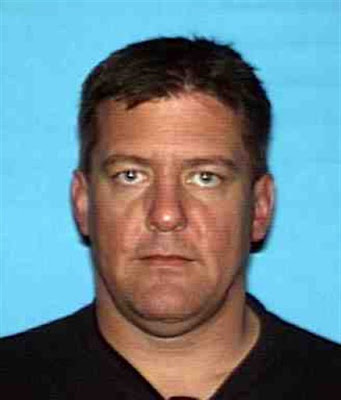 "Stinging from an acrimonious divorce, a man plotting revenge against his ex-wife dressed up like Santa, went to his former in-laws' Christmas Eve party and slaughtered at least eight people before killing himself hours later.

Bruce Pardo's ex-wife and her parents were believed to be among the dead. Investigators planned to return to the scene Friday and sift through the ashes of the home, which Pardo set ablaze using a bizarre homemade device that sprayed flammable liquid.

Pardo, 45, had no criminal record and no history of violence, according to police, but he was angry following last week's settlement of his divorce after a marriage that lasted barely a year.

"It was not an amicable divorce," police Lt. Pat Buchanan said.

...Investigators seeking further information about Pardo's motives have begun searching his home in the suburban Los Angeles community of Montrose.

Pardo was often seen walking a dog around the neighborhood and working on his lawn, the neighbor said.

He also served regularly as an usher at evening Mass at Holy Redeemer Catholic Church in Montrose, the Los Angeles Times reported.

Jan Detanna, the head usher at the church, was stunned when told about the violence.

'I'm just—this is shocking,' Detanna told the Times. 'He was the nicest guy you could imagine. Always a pleasure to talk to, always a big smile.'"

-- Christina Hoag, killing me softly with his song, playing on the Associated Press.