George Carlin: One Of The Good Ones 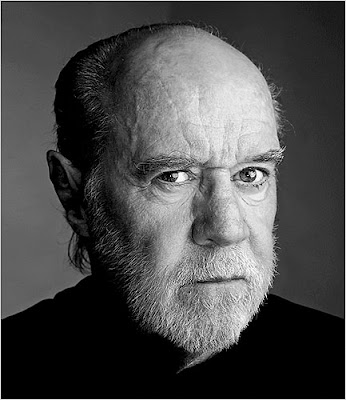 "On cable, he was,...provocative. His acute mind chronicled the inanities of contemporary culture and religion and race. “Class Clown,” his 1972 album (still considered a masterpiece among comedians), included 'Seven Words You Can Never Say on Television,' the legendary bit about the way Americans avoid words that convey reality. How we talk became one of Carlin’s lifelong themes. In another well-known riff on euphemisms, he listed every imaginable racist slur along with example after example of 'soft language' (toilet paper becoming bathroom tissue, slums becoming substandard housing). By the time he was host of the debut of 'Saturday Night Live,' in 1975, he was a bona fide star. He was 38.

With more verve than he had when he offended the Vegas conferees, he tore into the beliefs of his new fans — the countercultural crowd, lapsed Catholics, liberals and their politically correct kids. Self-righteousness needed to be punctured, and no one was immune: feminists who couldn’t find the humor in rape; smug save-the-planet activists; greedy baby boomers ('Whiny, narcissistic, self-indulgent people with a simple philosophy: Gimme it, it’s mine!!') He fiercely allied himself with the underdog, but he didn’t let the underdog off the hook: 'Everybody’s at the mall, scratching his ass, picking his nose, taking his credit card out of his fanny pack and buying a pair of sneakers with lights in them.'

Offstage, he was a kind man who was unusually generous,..."

-- Adrian Nicole LeBlanc, covering George Carlin, who - for a hippie - saw the world much as TMR does, as reflected in The New York Times.