I Know Nothing, I See Nothing (I Just Report It) And If You Believe That I've Got A Bridge For Sale 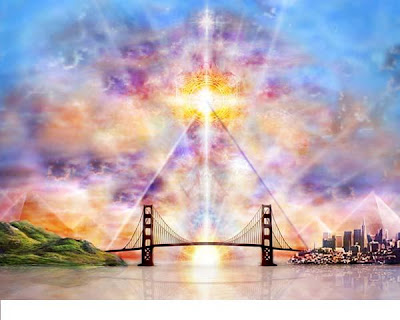 "In June, the Pew Forum on Religion and Public Life published a controversial survey in which 70 percent of Americans said that they believed religions other than theirs could lead to eternal life.

This threw evangelicals into a tizzy. After all, the Bible makes it clear that heaven is a velvet-roped V.I.P. area reserved for Christians. Jesus said so: 'I am the way, the truth and the life: no man cometh unto the Father, but by me.' But the survey suggested that Americans just weren’t buying that.

The evangelicals complained that people must not have understood the question. The respondents couldn’t actually believe what they were saying, could they?

So in August, Pew asked the question again. (They released the results last week.) Sixty-five percent of respondents said — again — that other religions could lead to eternal life. But this time, to clear up any confusion, Pew asked them to specify which religions. The respondents essentially said all of them.

And they didn’t stop there. Nearly half also thought that atheists could go to heaven — dragged there kicking and screaming, no doubt — and most thought that people with no religious faith also could go.

What on earth does this mean?”

-- Charles M. Blow, once again proving one of two things: A) reporters don't understand anything about NewAge belief, or B) they know all-too-well and just ain't saying - while always taking another vengeful NewAge swing at Christianity - which would fit quite nicely with TMR's view of The New York Times.