He Was Right - Not You (In More Ways Than One) 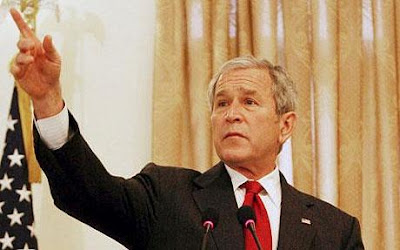 "Much of the condemnation of his policies,...is driven by a venomous hatred of Bush’s personality and leadership style, rather than an objective assessment of his achievements. Ten or twenty years from now, historians will view Bush’s actions on the world stage in a more favourable light. America’s 43rd president did after all directly liberate more people (over 60 million) from tyranny than any leader since Winston Churchill and Franklin D. Roosevelt.

Widely seen as his biggest foreign policy error, the decision to invade Iraq could ultimately prove to have been a masterstroke."

-- Nile Gardiner, stating what has been obvious to TMR for some time now, in the Telegraph.UK.