Feminists Must Care (For Feminism To Matter) 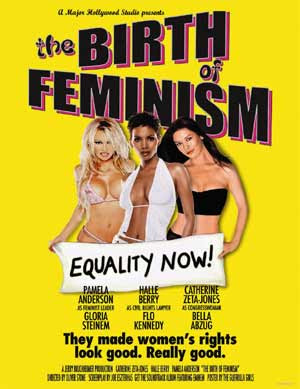 "So, sexual harassment? Uh, yes. Chefs in their thirties had sex with hostesses in their teens. Managers had sex with servers. One young, drunk waitress performed oral sex on the executive chef in the liquor closet during a shift. This extremely high-stress environment was virtually non-stop rife with sexual innuendo, grabbing, and harassment. Every table had to be served bread we cut in the kitchen, and it was a regular occurrence that the cooks would holler at us to 'Shake it!' as we sliced the bread. We were regularly objectified, fondled, and solicited.

And the fact of the matter is that we women sexually harassed right back. We flirted with managers to get better shifts, we unbuttoned buttons on our uniforms to get bigger tips, we regularly used sexual innuendos, physical contact, and body language to squeeze as many dollars as possible out of the men with whom we worked and upon whom we waited. Why? For the money. Because we were desperate. Because we were broke. Because we could.

I was raised by two English professors in the most liberal place in America: Berkeley, California. I'm all too familiar with feminist rhetoric, with academics in ivory towers who point down at the masses to declare what the populace should and should not do, with those who seem to perceive the world as a place in which what 'should' happen is what does happen. That's not reality."

-- Susannah Breslin, putting the boot to ultra-liberal feminist ideology (so TMR doesn't have to - and, boy, I could tell you about a sexual-harassment-as-weapon story, that's occurring right now, the likes of which will never appear) on Slate.com.