Why Are Liberals Worried About Assassination? Because Shooting Our Way Out Is Our Only Hope 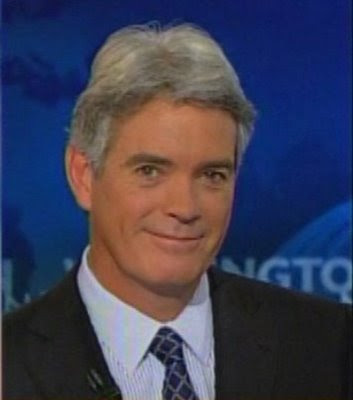 "John Roberts interviewing Paul Begala on CNN just now slipped and said 'we' when asking how Democrats should respond to Republican attacks."

-- Mona Charen, actually listening to what someone in the mainstream media says, while writing for The National Review.

And here's the same John Roberts - "Mr. Objective Reporter" - without that shit-eating grin, above, talking to Joe The Plumber (who laughs at him):

And, of course, TMR can't leave out when (the supposedly atheist/agnostic) Bill Maher was on The Daily Show, dissing Scientology while calling ("The Lightworker") Barack Obama "Our Boy," and Jon Stewart - "Mr. Impartial Comedy" - didn't say anything about A) how he supposedly hits "both sides equally" or B) what, in any other context, he and other liberals would be screaming was a racial slur against a black man and the potential President of the United States:

The Daily Show With Jon StewartM - Th 11p / 10c
Bill Maher Pt. 1
Barack Obama Interview
John McCain Interview
Sarah Palin Video
Funny Election Video
And so the open, and obvious, head-spinning hypocrisy that is the Left in the throes of Obama Cult love - all the while claiming anyone who mentions it is insane - continues,....