Look Within (To Ignore What We're Without) 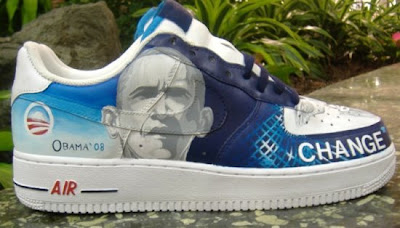 "Celebrity,...is the democratization of monarchy making it seemingly accessible to everyone. It creates an elite powerful class that has no useful skills, produces nothing but styles and trends, much as the original nobility did. It is a leisure class, famous for being famous, entitled by virtue of some quirk of personal magnetism or appearance or fractional talent, to subvert the democratic process and replace the voices of many, with one voice.

If the cult of celebrity didn’t seem all that ominous before the 2008 Presidential election, a campaign conducted less like the election for the leader of a Democratic country and more like the coronation of a movie star, it certainly should now. It is a threat to a free nation’s values, both moral and political.

What the cult of celebrity teaches is that personal accomplishment means nothing, and personal presence and a degree of notoriety means everything. We cannot even begin to measure how much damage the cult of celebrity has done to us. From the Black community where academics and striving has been bypassed in favor of a one in a million shot at a sneaker commercial, to a generation of youth that has abandoned self-respect and privacy in favor of seeking media centric notoriety, to a journalistic culture where the reporter too is a celebrity and nothing is objective, only perspective, to a general cultural striving for youth, ignorance and edge, over knowledge, wisdom and experience-- the cult of celebrity is destroying America.

Little wonder then that the cult of celebrity was employed to elevate Obama to power."

-- Daniel Greenfield, still picking at that ugly scar - that Leftists insist is "healing" - for The Canada Free Press.