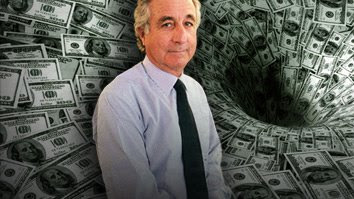 "Even with the red flags raised on the investment, I struggled with turning down the investment opportunity. I was worried that my cautiousness was causing me to miss a great opportunity to earn lots of money. The product that Bernie Madoff had 'created' would have been as easy to sell as ice water on a hot summer day.

After turning down the opportunity, I frequently encountered clients of Bernard Madoff. Most had the lion’s share of their assets invested with him. My suggestions to diversify their assets fell on deaf ears. Sadly, many Jews believed in Bernie Madoff more than they believed in God and were just as unlikely to forsake him."

-- Laura Goldman, bearing witness to the power of belief - and "living in the moment" - for Pajamas Media.