Oprah Keeps Offering A Bite Of That Apple 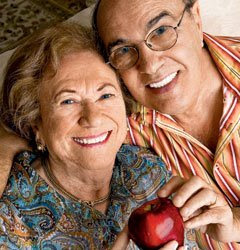 "[Herman Rosenblat's] believers included not only his agent and his publisher, but Oprah Winfrey, film producers, journalists, family members and strangers who ignored, or didn't know about, the warnings from scholars that his story didn't make sense."

-- Hillel Italie, wrongly ascribing a very-small outline of (what is actually) the fraud parameters regularly surrounding the Oprah Winfrey-promoted, cultishly ignorant, willful, blind NewAge faith that - to TMR - is the true theme of the last year, for The Associated Press.