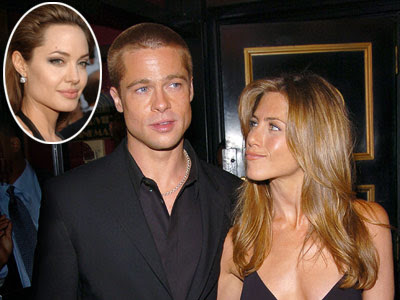 "[They’re] talking about not only the woman I love, but one of the people on this planet who I have the greatest respect for. I think she’s as honorable as anyone I’ve ever met."

-- Brad Pitt, the "dreamy and wise" Ken Wilber-reading NewAge hypocrite (who left the NewAge Jennifer Aniston) defending the NewAge Angelina Jolie, and proving NewAgers don't have a clue what the words "love", "respect" and "honorable" mean - and stupidly assuming TMR doesn't either - like everyone is as stupid as they are, and works for The San Francisco Examiner.

Yes, that would be the same Ken Wilber the murderous "Doctor" Robert Wohlfahrt suggested to my ex-wife, Karine Anne Brunck - as she committed adultery with him - after they killed her mother, and before they went on to kill others. (Whew, that's a mouthful!) I swear:

I can't make this stuff up.

And I hope this post can explain why it's so difficult to get over my divorce: I'm surrounded by this lunacy in such a way that I can't help but be constantly reminded of the whole ugly thing - I can't even be allowed to read a stupid celebrity blurb! It'll only be when NewAge is "eliminated" (to use the word NewAgers have, when the little nazis describe what they want to do to non-believers) can I ever hope to be free of this nonsense.

It's the scourge of our time.