Boy Loses Girl - In Search Of Her "Male Pole" 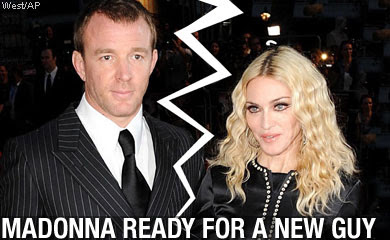 I snagged this captioned photo from the New York Daily News because TMR thinks it pretty much says it all:

The man in this "marriage" was just a thing - totally expendable to this NewAge "Praying Mantis" - merely a means to an end.

And, somehow, this is "an end" - an end to marriage; an end to relationships; an end to anything more than shaking hands, which will be restricted to the now infamous "terrorist fist bump", or merely saying "Wassup?" For now on, women will be lucky if boys even trust their own mothers - which eventually they won't. (Believe it or not, most of us ain't stupid.) Yes, here men got to see the writing on the wall - an actual "sensitive" male artist fell in love with a rip-off artist - and we discovered what she was trying to rip-off most.

No one doubts that Guy Ritchie is "a man", or that he tried - really tried - to accommodate her madness (or, rather, her Madgeness) but there was just no way: if she couldn't have his dick in her pocket, then she was going to strap one on herself in preparation for somebody more compliant - which she found in the Kabbalah-addled Alex Rodriguez - an over-muscled clown who everyone (including Madonna) has described, at one time or another, as "stupid".

And, as word goes out that America is positioned to lose it's leadership role in the world, don't anyone imagine for a minute there's any connection between this destructive NewAge feminist attitude and that result (though, without a doubt, we'll be losing our "top" position to countries which haven't abandoned the traditional man/woman dynamic). No, that's all just a coincidence, just like it's a coincidence that we now have a president who is totally inexperienced, doesn't seem as "manly" as his wife, and who was overwhelmingly elected by cultists who, both, hate the "cowboy" attitude that's protected them and have proven to be completely unable to grasp anything that can be called "an underlying issue". That all means very little.

Or - as Al Qaeda is more than happy to suggest - it's nothing to lose your head over.