"A Guy Who Lives In My Neighborhood" 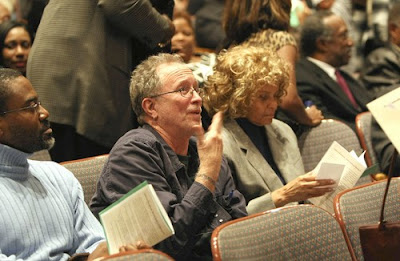 "In a new afterword to his memoir, 1960s radical William Ayers describes himself as a 'family friend' of President-elect Barack Obama,..."

-- Rex W. Huppke, trying to make everyone feel foolish, in The Chicago Tribune.

Ayers also admits he held Barack's "initial fund-raiser" at his house - which Barack denied during the third debate with John McCain - so, I guess, it's all cool to tell (some version of) the truth now, right?