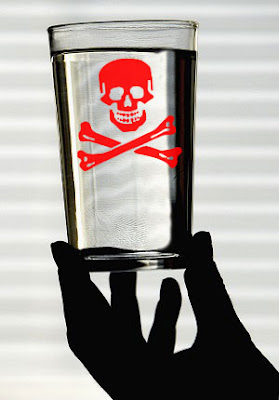 "The jury is still out on the Feline Butcher -- holistic health guru to such stars as Tom Cruise, Lisa Marie Presley and Queen Latifah -- who is facing 17 counts of practicing medicine without a license and one count of grand theft.

The jury's verdict could put Butcher's holistic health clinic out of business, but it could also put her behind bars. It would weigh heavily on the Church of Scientology, which is a big supporter of Butcher's anti-drug regimen for treatment. Butcher is an avowed high-ranking church member.

The trial for the faux practitioner came to a close Monday in Los Angeles Superior Court with numerous Scientology disciples present in the courtroom and the jury has been deliberating ever since.

Butcher, who has treated with holistic techniques other stars like Berry Gordy and Smokey Robinson, was investigated specifically by the Los Angeles County Sheriff's Department Halt Authority Task Force in the case of photographer Clive McLean, who died in 2005.

Mclean's widow, Erica McLean, says that Butcher, being a Scientologist, encouraged her husband to abandon chemotherapy in favor of a regimen of "vitamins and magic drops."

McLean, who was assisted by private investigator Paul Barresi, claims that the couple paid close to $120,000 on useless treatments. Barresi was a friend to Clive McLean as well, having been photographed by McLean for Hustler Magazine. Barresi turned over a cache of information about Butcher to the Halt Authority Task Force.

'I contacted Detective Kathleen Miller with the Halt Authority Task Force and gave her everything I had on Butcher and her partners in crime.' Barresi said.

In her first exclusive interview since the end of trial, Erica McLean told FBLA, 'The facts in this case speak for themselves. There were 99 pieces of evidence presented. Feline Butcher's partner, David Chuah, being the coward that he is, fled the country. But it is now up to the jury to decide.'

She added: 'It was a bad joke she (Feline Butcher) played on me and my husband. We played into her quackery. Her partner, David Chuah, who is still at large, invented some kind of cancer cure-all machine, right out of the 'Wizard of Oz', supposedly charged with a magic level of electrical frequency, we were told would dry up the cancer cells in Clive's body. Then he'd take a colonic to wash them away.'"

-- Dan Cox, on another quack with a messed-up name, for Media Bistro.