Show Your Hand (Hide Your Face) 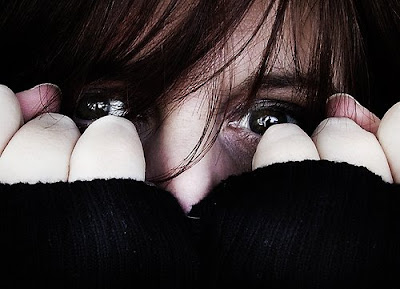 "The Nineties was,...the decade of the New Age. In London, 'New Age' pretty much boiled down to reading self-help, going to therapy, consulting alternative practitioners and doing a lot of (horribly gruelling) Ashtanga yoga. I heartily embraced all of this. Having been brought up in a very pragmatic and secular atmosphere, I found it exciting to let a little magic back in. I didn't really believe in astrology, for example, but I enjoyed the mysticism of it and even went to classes for a bit.

The downside came some years later, when all that magic had morphed into a worrying tendency to magical thinking. I was trying to get pregnant and an idea was beginning to take hold in my woolly New Age head that my failure was something to do with my faulty attitude. Homeopaths, Chinese doctors, acupuncturists and well-meaning friends implied that I just didn't want it enough. So really my failure was, in some ineffable way, my own fault – and that's enough to make anyone anxious.

The tipping point with the alternative world came when a friend of a friend swore by an applied kinesiologist she knew. The recommendation was so heartfelt and I wanted to get pregnant so much that I didn't dare not go. The practitioner put brightly coloured plastic eyeshades on my head while making me hold small glass vials of nutrients and doing 'muscle tests' – she moved my arm up and down.

It didn't work but, as always with alternative therapies, I got the feeling that was my fault. I should have taken the pills that didn't seem to be doing anything for longer. I shouldn't have eaten dairy. I shouldn't have used peppermint toothpaste. I should have had those mercury fillings removed. I think, though, it was the coloured eyeshades: they were just too hokey. Thank goodness I went to a proper doctor, had my fallopian tubes unblocked (the real problem) and got pregnant immediately."

-- Amy Jenkins, explaining how an appeal to "mysticism" - and her so-called "friends" - caused her "woolly New Age head" to become a mental (and financial) victim of NewAge quacks, before joining the ranks of The Independent.