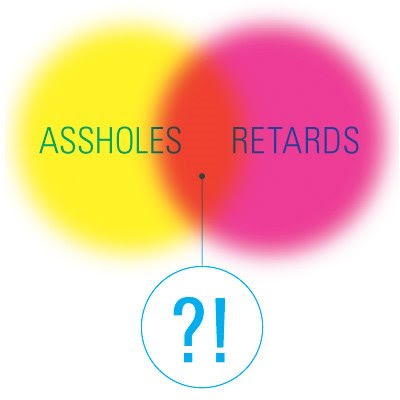 Sorry Folks: it's another day when I don't have a lot of time to give, but - for those of you who just want something to read - here's the results of a search someone did for "Asshole Dies" that I thought was a pretty nice collection of TMR's Golden Oldies. (You've got to scroll down once you get there.) It should prove quackery and other NewAge concerns weren't just something that popped up on my radar when my two self-proclaimed gods - "Doctor" Robert Wohlfahrt and Karine Anne Brunck - got busted recently.

It even includes a post that seems to be a favorite of TMR readers world-wide: "Stop Being Stupid Assholes (With Your Stupid Assholes)". Man, the concerns of my readers are so interesting! 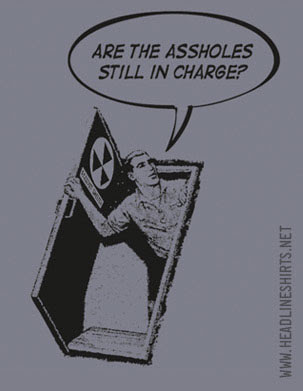 As much as I miss doing this, I have to admit - it's nice to get out of the house!

I'm re-discovering what a nice person I can be: I'm smiling at strangers again, and trying to lend a hand where I can. And - though they're not always responding in kind - it does remind me of all those studies that show conservatives are just happier people than liberals (because we're not as cynical) and makes me think it'll pay off in someone else's life down the line. You know:

If they're afraid of black guys and are merely showing me an aggressive front, then the next time they run into another black, they'll remember how nice I was to them - and be a little bit more trusting - and then that black person will have an easier time knocking the shit out of them! (Kidding!) 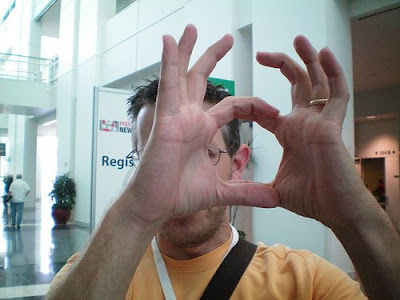 Actually, it could be really depressing, seeing how miserable the average NewAger is, getting so little joy from their jobs - or their lives - when I, a guy who isn't even trying to be "happy" (whatever that is) can just glide along, grinning, and saying "Good Morning" and "How you doin'?" to everyone he meets; content in knowing that (without a bunch of NewAge assholes in my life) this is not only "as good as it gets" but as good as it should be.

Could it be better? Of course, but (as NewAgers have taught me) it could also be worse - much worse - and why let the assholes get you down? As long as they stay away from me, my world is pretty much A-O.K.. 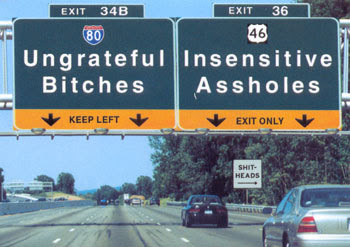 I think part of it is because, no matter what I'm doing, I always consider myself working for me - not for any "boss" or something.

I used to tell my ex-wife that, but she just never got it. Being French, she always thought work was a chore, and complained about what she did or who she had to endure while doing it. I hear the same thing from the people I encounter now, and I can't relate. 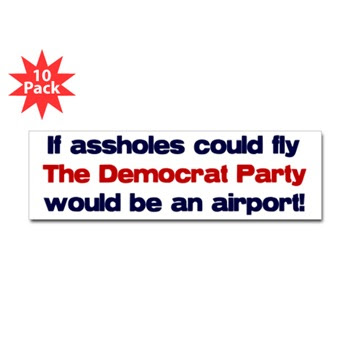 They all start off as perfectly nice people, and then their faces scrunch up into hate masks, and they let loose with a bunch of crap about their employers or their co-workers (or their all-time favorite, "Bush") followed by a bunch of ill-informed nonsense that only reveals how small their hearts are - and how much of an asshole they've become. Like I said, it would be sad if I wasn't getting so used to it.

So, I guess I'm getting better emotionally (though one of my long-lost liberal "friends" has suggested I'm "getting worse" because - heavens! - I won't run this blog as they say.) Unsurprisingly, I think my current personal success is because I'm a dick to NewAgers, using the John Wayne approach, AKA The Macho Response, which works for me:

Here's my "philosophy" in a nutshell: stay informed - while keeping your own counsel (with the assholes at arm's length) so the rest can work out, on it's own, in time.

Which ain't exactly profound but - hey - nobody comes here for that anyway. What do they come here for? I'm not always sure but, clearly, part of it is so they don't have to spend their time farting around with some asshole.

And, no, I couldn't help but turn another statement on something as ephemeral as NewAge beliefs - and something as very-real as assholes - into a fart joke.

I am a simple man.

All you other dicks "stay up", and I'll talk to you tomorrow,