The Prince Of The New Dark Ages 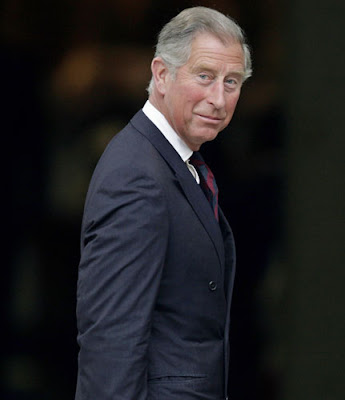 "...When it came out that the Prince was building an 'eco-palace' complete with solar-powered heating and wood-chip boilers for his son William, he was heralded as a 'role model' by greens. When a report he commissioned recently suggested that alternative therapies - including acupuncture and herbal remedies - should be made available on the NHS, he was gushingly described as 'courageous'.

How times change. In the past, Charles was looked upon as a blithering buffoon. When he revealed in the 1980s that he liked talking to his plants, the Sun published a picture of the Prince on his own with the caption: "A loon with his thoughts".

When he declared he'd had a 'mystical experience' courtesy of his 'spiritual guru', the Daily Mirror expressed horror at the prospect of Charles sitting "cross-legged on the throne wearing a kaftan and eating muesli". Even the Guardian, bastion of muesli-eaters, reacted to his interest in mysticism by accusing him of "dabbling in the occult".

Why is the one-time oddball now considered a role model? The Prince hasn't changed; he's as cranky as ever. The truth is, we've finally caught up with him - mysticism, homeopathic remedies, greenness and all."

-- Brendan O'Neill, admitting the mainstream's gone mad for NewAge beliefs (in a piece from 2007) for The First Post.