About All That Can Be Said 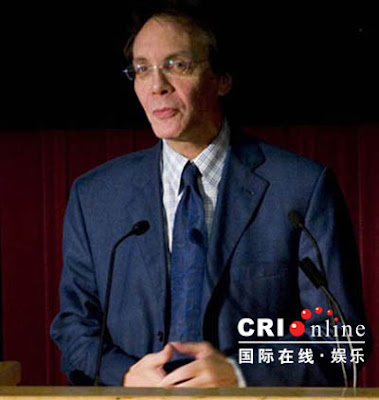 -- Alan Colmes (above) after asking Stanley Kurtz what Barack Obama and Bill Ayers stories the American people haven't been fully informed about by the media - and being given what amounts to a laundry list in return - on Hannity and Colmes.

As I've been listening to the various discussions of Bill Ayers's appearance on Good Morning America, it's becoming clear the American people have been treated as ruthlessly as I'd expect a bunch of NewAgers to treat them. We all expect politicians to treat each other ruthlessly, but the people whose trust they are asking for? That's new - especially at the level I'm discussing here. I mean, this isn't Kennedy hiding a back problem, or FDR pretending he can walk, but issues of political philosophy and alliances with criminals and terrorists. True - Kennedy had some pretty nasty friends - but this is 2008, when we (supposedly) know better: should "we the people" be allowing these corrupt types to rule now?

The way these low-lifes are coming out of hiding now, after the election is over, is like an after-dinner attack of acid reflux. Now the media that openly-assisted Obama smugly looks at us and says, "Well, the campaign is over", like our minds have been wiped clean, or they're pretending I'm an accomplice in the deception of what's just happened: after repeatedly, and deliberately, lying to us, the most powerful office in the world is being occupied by someone black the American people have absolutely no reason to trust. And that's just the way it is, O.K.? Sure, fine. But let's not pretend we're all Leftists, or he's got a mandate to do anything but fix the economy. And whatever you do, don't blame me if, and when it all goes to shit:

I had nothing to do with it.