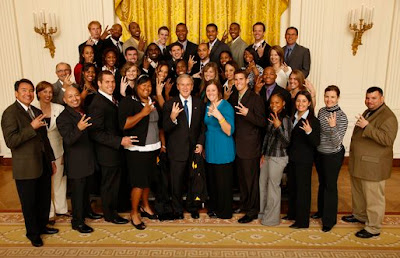 And just more conclusive evidence that "George W. Bush doesn't care about black people",...sure - and they hate him, too.

Yep, in time (just like with the '60s) Americans are going to discover all these anti-Bush "beliefs" - and the ugly turmoil that arose from them over the last 8 years - were built on a gigantic stinking pile of outrageous left-wing lies.