A "Plot" Is Another Word For "The Grave" 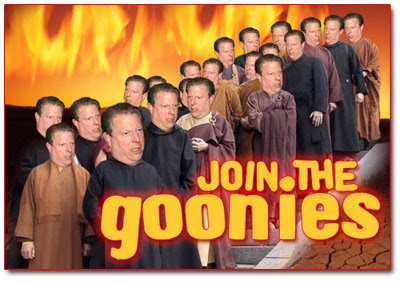 "As the Czech President, Vaclav Klaus, an economist, anti-totalitarian and climate change sceptic, prepares to take up the rotating presidency of the European Union next year, climate alarmists are doing their best to traduce him.

The New York Times opened a profile of Klaus, 67, this week with a quote from a 1980s communist secret agent's report, claiming he behaves like a 'rejected genius', and asserts there is 'palpable fear' he will 'embarrass' the EU.

But the real fear driving climate alarmists wild is that a more rational approach to the fundamentalist religion of global warming may be in the ascendancy...

One of Australia's leading enviro-sceptics, the geologist and University of Adelaide professor Ian Plimer, 62, says he has noticed audiences becoming more receptive to his message that climate change has always occurred and there is nothing we can do to stop it.

'Climates have always changed and they always will',...'There is no relationship between CO2 and temperature.'

...Creationists and climate alarmists are quite similar in that 'we're dealing with dogma and people who, when challenged, become quite vicious and irrational'.

Human-caused climate change is being 'promoted with religious zeal … there are fundamentalist organisations which will do anything to silence critics. They have their holy books, their prophet [is] Al Gore. And they are promoting a story which is frightening us witless [using] guilt [and urging] penance.'

It is difficult for non-scientists to engage in the debate over what causes climate change and whether or not it can be stopped by new taxes and slower growth, because dissenting voices are shouted down by true believers in the scientific community who claim they alone have the authority to speak.'

-- Miranda Devine, showing A) the NYT is America's enemy that will do anything (including quoting the KGB) to advance the NewAge agenda, and B) the EU knows it faces embarrassment (or, hopefully, more) if this silly plot is exposed, and C) even scientists have formed a cult that promotes this outlandish idea, though they can't fool The Sydney Morning Herald.

*Click on the "climate change" and "global warming" tags, below, for much more on this NewAge plot - and why those who advanced it should be prosecuted, to the fullest extent of the law, for attempting to bankrupt us.