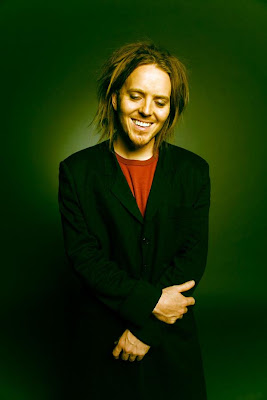 "I don’t have any respect for religious belief. I respect people’s right to have it. I am absolutely respectful of people’s right to do what they want but intellectually I don’t respect the conclusion they’ve drawn, I think it’s crazy. I just don’t even begin to empathise with being able to believe that stuff.

I mean I studied philosophy and philosophy of logic at [university] and stuff, and it just set me on a path…I’m really obsessed with critical thinking more than religion. My issue with religion is intellectual, but if you say, ‘do you think religion is bad?’ I can talk for an hour on the subject but it’s not, ‘yes religion is bad, let’s abolish all religion.’ It’s definitely bad in some ways and it’s amazing in other ways and it’s inevitable because humans have these instincts to fill in these holes and all that. However, if you ask me wether it’s the correct conclusion? I mean it’s not even a question to me, you know...so um, it’s an intellectual obsession.

...It’s like I’m forced to say what I think because what I think is all I’ve got….and I happen to think a lot about that stuff so that’s what comes out…It’s not because I’ve gone 'I want to tell people what I think!' It’s because I’ve become a comedy performer that people want to watch and so I need to write new shows and when I write new shows it’s going to be based on ideas I’ve had….like this whole show culminates in a huge beat poem called 'Storm'…that clarifies everything; it’s this huge rant and it finishes with the question ‘isn’t this enough, just this world?’ and it’s quite serious actually and I’m more proud of that poem than of anything I’ve ever written in terms of trying to clarify my own thoughts, you know. And people react very strongly to it, like people agree with me. It’s not anti-religion, it’s anti floppy thought, it’s anti psychics and….

...My compulsion is to make silliness out of big issues…But I think that spreading the idea of critical thinking and scepticism is important in the world and if I have a platform to do that then I’m very proud that I’m doing that and not spreading sexism or racism or just f**k you-ism or prejudice."

-- Tim Minchin, pretty much spelling out the only defensible intellectual position for an artist to have - especially if, like me, you've been put through the wringer and seen it all - and wish you could just get back to Altsounds.