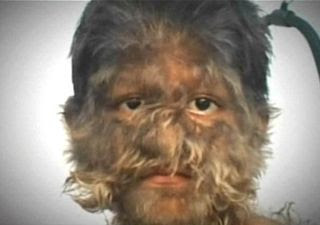 There's lots of articles about homeopathy (or "homeopathy") today, mostly because of that hairy kid from India. It seems that Samuel Hahnemann's great wonder cure - which supposedly works on cancer and AIDS and malaria and just about everything else - didn't have any effect on a simple case of excessive hair growth.

Which doesn't surprise TMR because that's how quackery and cultism work: as long as no one is paying close attention, homeopaths claim they have millions of studies that prove it's viability, and millions of patients who will give testimonials they have been "cured" of mysterious ailments that actual doctors can't find. But let something like the "Wolf Boy" come up - a case that is so newsworthy that everyone is watching - and, somehow, homeopathy never works.

But traditional medicine does. Why is that? 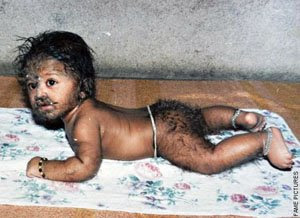 There have been other very-public exposes of homeopathy before, done by James Randi in London, France, and Hungary. Astonishingly, though, homeopathy's wondrous ability to "work" never occurs when learned eyes (AKA "real doctors" - with the help of people, like magicians, who are trained at spotting con artists and instances of fraud) are watching. Homeopathy fails every time. Why, in France, the now-infamous "Godfather of Homeopathy", Jacques Benveniste, was even caught cheating in an attempt to make the results favorable to his kooky beliefs. That's the quality of people, and level of honesty, they're dealing with. (The homeopathy business Benveniste started is supposedly booming - and, hilariously, a source of "French pride".)

All anyone has to do is read outside the world of "believers" and the gates swing open to the quackery, and cultism, involved with this con and it's charlatans. Articles with confidence building titles like "When Homeopaths Kill By Neglect", "Homeopathy Still Sucks", and "How Homeopaths Misrepresent The Evidence" are everywhere, but the cultists (being cultists) studiously avoid reading any of those.

It's truly a wonder people who would accept homeopathy's basic, magical, premise = "water has a memory" can even read at all. (Don't these people have any day-to-day experience with water?) Oh, well. Whatever:

Keep letting homeopaths treat them and - believe me - whatever they are reading, they won't be reading it for very much longer.