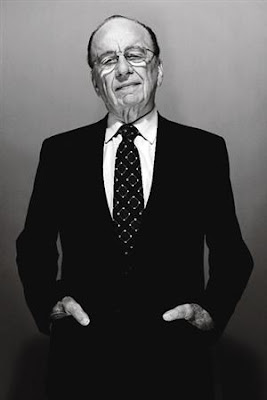 "It takes no special genius to point out that if you are contemptuous of your customers, you are going to have a hard time getting them to buy your product. Newspapers are no exception.

It used to be that a handful of editors could decide what was news-and what was not. They acted as sort of demigods. If they ran a story, it became news. If they ignored an event, it never happened. Today editors are losing this power. The Internet, for example, provides access to thousands of new sources that cover things an editor might ignore. And if you aren't satisfied with that, you can start up your own blog and cover and comment on the news yourself. Journalists like to think of themselves as watchdogs, but they haven't always responded well when the public calls them to account.

Far from celebrating this citizen journalism, the establishment media reacted defensively. During an appearance on Fox News, a CBS executive attacked the bloggers in a statement that will go down in the annals of arrogance. '60 Minutes,' he said, was a professional organization with 'multiple layers of checks and balances.' By contrast, he dismissed the blogger as 'a guy sitting in his living room in his pajamas writing'.

-- Rupert Murdoch, hitting the cultish nail on journalism's head, by way of CNet.com.

The links I've included in this post demonstrate exactly why this is truth from on high - the media is now a cultish dog-and-pony show - and, taken together, this post (and the links) also demonstrate why you should be financially supporting: