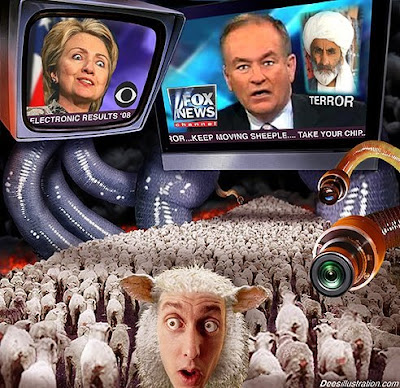 In light of the 30th anniversary of The Peoples Temple massacre, I've been trying to figure out how to discuss the societal cultism I see, but in a way everyone can understand - without Leftists deciding I'm condemning each and every liberal.

Fortunately, good ol' Michael Shermer (probably the nicest scientist on the planet) has taken a shot at it - and done a pretty good job - in The Los Angeles Times, allowing me to merely add a few comments that can help define the position, and individuality, of TMR better. Here's part of what Shermer's written: 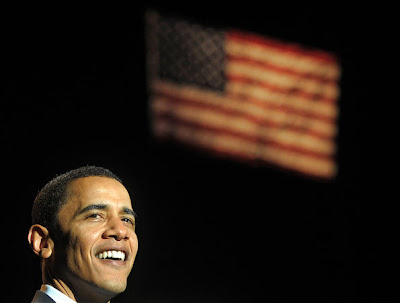 "Belief systems are coherent and logically consistent when you are inside them. It is not until you step outside the group and gain a different reference point that the coherence and logic vanishes,... 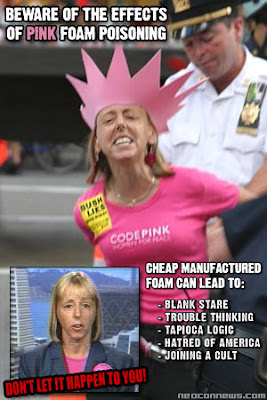 There also are well-known social psychological effects at work in these groups -- such as the loss of individuality and the compliance of behavior and conformity of thought under group pressure, along with the diffusion of individual responsibility and group think. 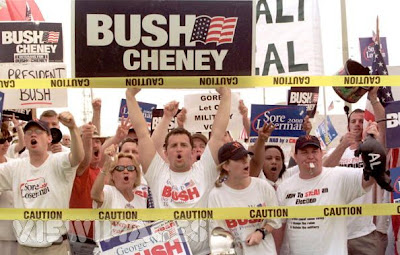 But there is something deeper going on here that I think touches on cognitive processes in all of us as members of non-cult groups, such as political parties: confirmation bias. This is when we look for and find evidence to support what we already believe, and ignore or rationalize away evidence that does not. And because we are so tribal by nature, we employ confirmation bias with extra vigor when it comes to defending the groups we belong to. 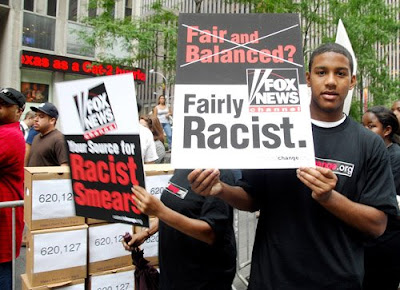 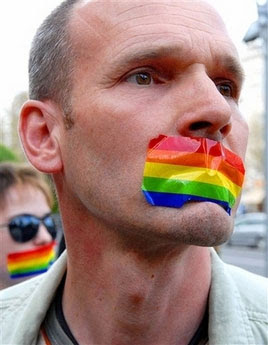 Democrats are more likely to listen to progressive talk radio and NPR, surf liberal blogs and read the New York Times. Everyone does it.

[Note: TMR takes issue with the "everybody does it" argument: I read, and listen to, everything - right and left, Rush and NPR, The Wall Street Journal and The New York Times - always noting wherever cultism is found: that's TMR's confirmation bias. I've noted that, though a conservative, I don't fit in any group - including skeptics - and, I think, that's the strength of this blog.

Despite that, which I think is obvious, liberals regularly use confirmation bias to dismiss my work because - like The Peoples Temple was a leftist group - I see most (though not all) of the cultism on the Left and, as a former Leftist, I'm determined to expose it. I'll let others rail about religious belief on the Right because there are many groups (from the left and right) doing that already. And, being a former leftist, I'm positive cultism on the Left is getting a free ride,...] 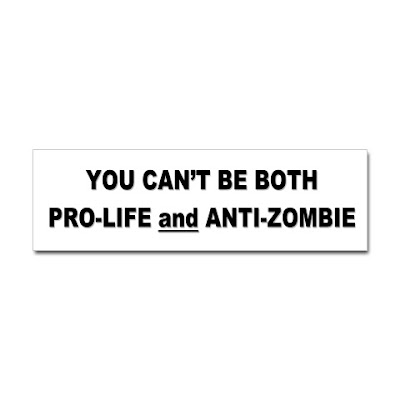 Confirmation bias explains why so many rumors about candidates were eagerly embraced recently. On the left, commentators glommed onto false gossip about Sarah Palin's ignorance (she doesn't know that Africa is a continent) and bigotry (she tried to ban books from the public library) because liberals think that conservatives are dumb and dogmatic, and after eight years of George W. Bush's malapropisms and Palin's interview fumbles, such rumors merely confirmed what liberals already believed.

On the right, conservatives were primed to process hearsay about Barack Obama being a Muslim or Arab as true, or that his tax plan -- indistinguishable from that of most Democratic candidates in recent decades -- confirmed that he's a socialist, even while Republicans were nationalizing the financial industry and running up record debts.

[Here, I think, Shermer makes the mistake of taking the one-time emergency event of the bailout and using it to confirm the idea that conservatives endorse socialism - an idea liberals support as an organizing principle of our society. This idea - that conservatives are endorsing socialism - is a bogus argument that, unfortunately, has gained a lot of traction.] 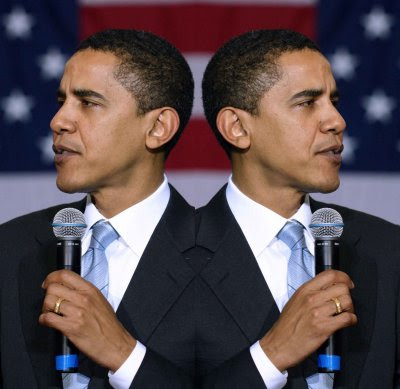 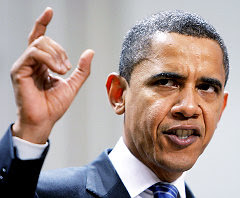 The confirmation bias sways us all, especially when it reinforces our inner tribalism. Most of us will never join a cult, but all of us are subject to the pull of believing that the evidence supports our most cherished beliefs. Inside Jonestown, Jim Jones' daily barrages confirmed to members that their cause was right and that ultimately death would bring about peace and justice. 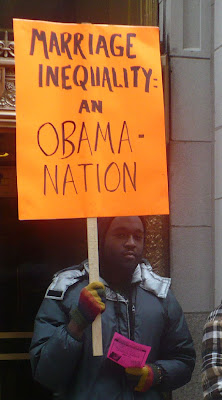 It is for this reason that we need to look for disconfirmatory evidence, to listen to the arguments of those with whom we disagree, to ask for constructive criticism of our beliefs, and to remember Oliver Cromwell's words to the Church of Scotland in 1650: 'I beseech you, in the bowels of Christ, think it possible you may be mistaken.'" 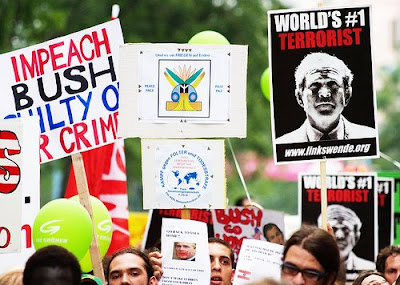 And this is exactly what TMR is trying to do. It's critics (who even deny cultism exists in politics) can't get past my admitted-conservatism to see I'm attacking the cultism within liberalism - even after I admit I can't stand with the religious zealotry of those on the Right. 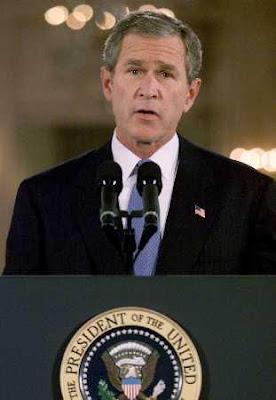 Liberals insist I have to hate George W. Bush in order to be O.K., and I say, no, demonizing the president is a symptom of the Left's cultism that does not allow them to see anything for what it is - especially the good the president's done. (Funny, how people who are always against hate don't mind it when they want to, isn't it?) That's their "confirmation bias" at work, and it's hurt the country, because very little has turned out as they say. (Iraq's a failure? Anyone?) The result of all that hate is the saddest commentary on our cultish times I can think of: 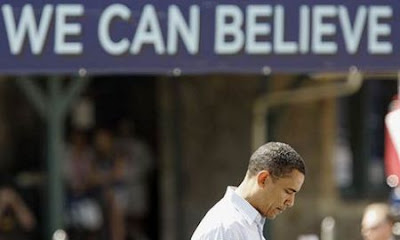 With Obama's presidency based on empty religion-based ideas of "believe" and "hope" and "change" - and produced as an antidote to a wrong-headed idea about Bush - I know America is now being prodded along by cultish beliefs and behavior. But they got what they wanted. 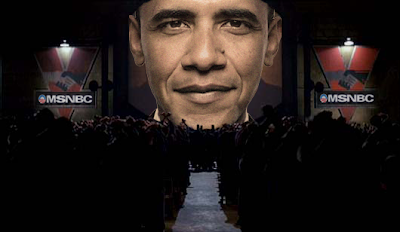 And Jim Jones couldn't have asked for a better memorial than that.

Note: Though I've collected information on a lot of important, crazy and related subjects, today's one post will have to do it for now. Without a significant increase in donations my attention has to be placed elsewhere (though there are 2, 350 posts here that need to be updated, linked, formatted, etc.) so you know what what I'm going to say - other than asking "How do liberals regularly find millions to fund their nonsense?" - this is The Crack Emcee for: