Can't Wipe Me Out? Then Go For The Next Best Thing,... 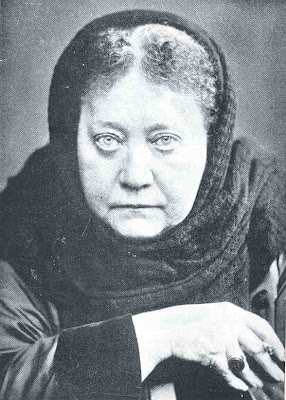 You've gotta love Helena "Big Eyes" Blavatsky, The Mother of NewAge, if only for nothing other than how fucking all-around batty she was. On the other hand, you can reasonably also hate her guts for all the trouble she started amongst the pea-brained. What do I mean? Let's turn to Wikipedia's "Aryan Race" page and find her writings that got the Nazis all KILL! KILL! KILL!:


"Esoteric history teaches that idols and their worship died out with the Fourth Race, until the survivors of the hybrid races of the latter (Chinamen, African Negroes, c.) gradually brought the worship back. The Vedas countenance no idols; all the modern Hindu writings do".

"The intellectual difference between the Aryan and other civilized nations and such savages as the South Sea Islanders, is inexplicable on any other grounds. No amount of culture, nor generations of training amid civilization, could raise such human specimens as the Bushmen, the Veddhas of Ceylon, and some African tribes, to the same intellectual level as the Aryans, the Semites, and the Turanians so called. The 'sacred spark' is missing in them and it is they who are the only inferior races on the globe, now happily -- owing to the wise adjustment of nature which ever works in that direction -- fast dying out. Verily mankind is 'of one blood,' but not of the same essence. We are the hot-house, artificially quickened plants in nature, having in us a spark, which in them is latent".

According to Blavatsky, "the MONADS of the lowest specimens of humanity (the "narrow-brained" savage South-Sea Islander, the African, the Australian) had no Karma to work out when first born as men, as their more favoured brethren in intelligence had". She also prophecies of the destruction of the racial "failures of nature" as the future "higher race" ascends:

"Thus will mankind, race after race, perform its appointed cycle-pilgrimage. Climates will, and have already begun, to change, each tropical year after the other dropping one sub-race, but only to beget another higher race on the ascending cycle; while a series of other less favoured groups -- the failures of nature -- will, like some individual men, vanish from the human family without even leaving a trace behind". 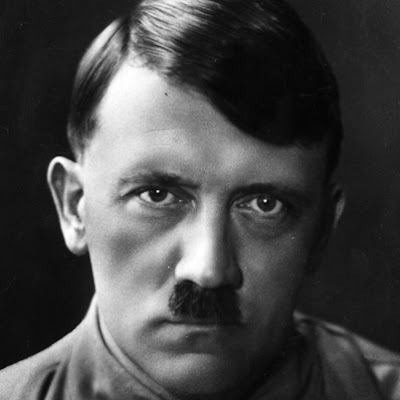 Got that? Genocide AND the "science" of climate change, all in one paragraph! Who'da thunk it? This NewAge is really something to behold (And why isn't Blavatsky's name ever brought up in "global warming" discussions?) Needless to say, if she was the Mother of NewAge, "Dad" - in the form of Adolf Let's-speed-up-that-lesser-races-vanishing-act Hitler - was going to be a hoot! 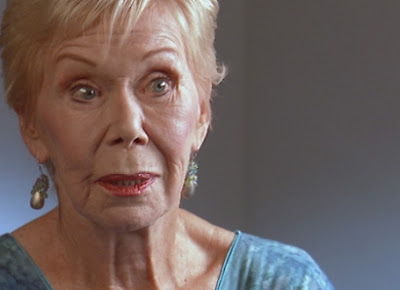 And, in case you thought this "thinking" died out with Blavatsky and old bullet-to-the-head, let me remind you of this exchange with the current holder of the Mother of NewAge title, Louise "Skull Face" Hay, publisher of the inspirationally NewAge "Hay House" books:


When I asked her if, since people’s thoughts are responsible for their conditions, victims of genocide might be to blame for their own deaths, she said: “I probably wouldn’t say it to them. That’s not what I’m after.”

I swear, finding sickness in the NewAge movement is like shooting fish in a barrel. (And I still find it bizarre that, after she said that, there's still no condemnation or outcry - times don't change that much, do they?) BTW, as I read further down that Wikipedia "Aryan Race" page, I found this revealing line:


Samael Aun Weor published a book in 1967 retitled in 2008 The Doomed Aryan Race in which he asserted that the Aryan "Root Race" is doomed to be destroyed by hydrogen bombs unless the people of the Aryan race learn tantric yoga. 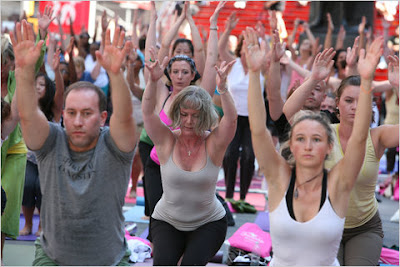 So, NewAge racial theory not only explains past genocide, but familiar scenes of today:


Good God, Hippies - "save" yourselves,…