Christ Will Return To Siberia, The Mongols Are The Lost Tribe Of Africa, Lenin's On Kolob, And The Women Can Have Multiple Husbands, But No Vodka For Anybody 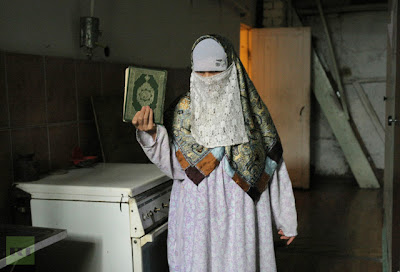 First, Pussy Riot, and now this. Look, it's not often I have anything nice to say about Russia's Vladimir Putin, but when he's right, he's right, and I'm glad to acknowledge it:


The Russian government should toughen its laws governing the activities of the totalitarian cults cropping up across the country, President Vladimir Putin said during a Thursday meeting in the southeastern region of Samara.

Totalitarian religious groups pose a threat to the society and people, he said: “It’s a hunt not only for souls, but also people’s property.”

One of the participants at the meeting called on Putin to step up pressure on these sects. They also suggested creating a database of such groups, which would be made available to regional education ministries and schools.

Jesus. Not only do I have to deal with the indignity of cults running loose in this madhouse, but now I also have to watch Russia outshine us in the most important social struggle of our time. Unbelievable. Oh well, I must look at the upside:

Russian kids will never discover they hate their parents for feeding them some woo about why they had to have a crackpot Mormon for president.


That kind of wonderful "reality" is only created here.

Because We Wuv You So Much,…