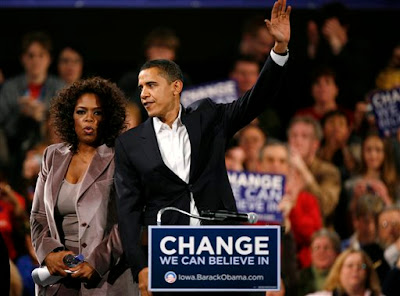 Obama, in contrast to Bush, is not only healthy and organic, he has also talked openly about his former ‘abuse’ of drink and drugs (though he still struggles with his addiction to cigarettes). This is one of the essential differences between Obama and Bush, argues the influential commentator Juan Cole: Obama wrote about his personal problems, and ‘honesty is the highest form of leadership’. In other words, Obama seems to accept the Gospel According to Oprah, built upon the Old Testament of Alcoholics Anonymous, which decrees that we must all accept our personal powerlessness and open ourselves up to external intervention. The spectre of the religious right was always partly the product of fevered liberal minds; the far more powerful religious force in the US today is the religion of therapy, with its emphasis on self-esteem over self-belief and meekness over ambition. At least part of the reason why members of the cultural elite are loudly celebrating the victory of healthy Obama over self-destructive Bush is because he better represents their irrational faith.”

-- Brendan O’Neill, further proving the Brits are watching us closer than we're watching ourselves, in Spiked!.